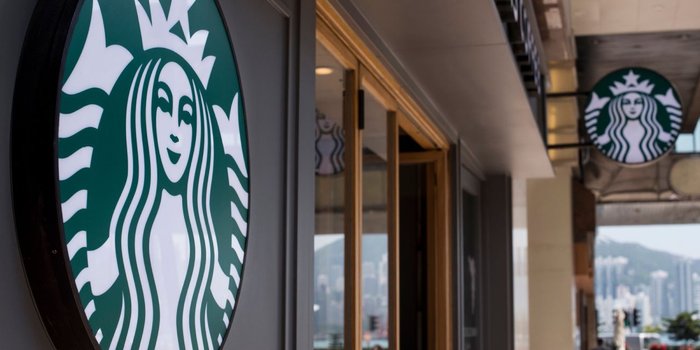 You Can’t Buy a Starbucks Franchise: Here’s Why and What You Can Do Instead

Entrepreneur readers often reach out about how to franchise a Starbucks or learn more about owning one of the coffee shops. Unfortunately, if you live in the U.S. or Canada, owning a Starbucks franchise probably just isn’t in the cards for you. Like Chick-fil-A, the Seattle-based coffee chain prefers to own each of its own locations.

Starbucks CEO Howard Schultz told Entrepreneur in 2003, “We believed very early on that people’s interaction with the Starbucks experience was going to determine the success of the brand. The culture and values of how we related to our customers, which is reflected in how the company relates to our [employees], would determine our success. And we thought the best way to have those kinds of universal values was to build around company-owned stores and then to provide stock options to every employee, to give them a financial and psychological stake in the company.”

Schultz added, “I always viewed franchising as a way to get access to capital, because you’re using other people’s money to grow, essentially. And we were dealing with a premium product — something that can be hard to learn, that you have to explain to the customer, that requires an educated staff. It would have been hard to provide the level of sensitivity to customers and knowledge of the product needed to create those Starbucks values if we franchised. You can be just as entrepreneurial and experimental in a company-owned model.”

So, unless you live in a foreign country, where Starbucks franchises are more common, you’re going to need a different strategy. Here are three options you can use to try to make your dream of opening a Starbucks a reality.
Starbucks does offer licensed stores. So if you already own a business or location that can help Starbucks reach a new demographic, you may be able to reach out about adding a Starbucks to that location.

This is fairly common. According to Statista, there were 13,930 Starbucks locations in the United States as of October 2017, and 5,708 of those locations were licensed stores, which is about 41 percent. On the Starbucks licensing website, you can see that the company helps licensed stores with many aspects of the business, including store design, the Starbucks menu, equipment, training and support, food, promotions and onsite visits.

However, this isn’t the most accessible or affordable option for everyone. You need to already have an attractive location where Starbucks would want to open and the resources to open that Starbucks. If you’re looking to open a Starbucks as your first business, or first major investment, this probably isn’t the option for you.

There are plenty of other coffee locations that do offer franchises, though. Two of them are even in the top three of the Entrepreneur Franchise 500, which leads us to the next option . . .
Without trying to start a fight about which coffee shop, Dunkin’ Donuts or Starbucks, makes better tasting coffee, Dunkin’ Donuts is without question the better American coffee franchise — by default, really, since it actually is a franchise. In fact, it is almost the opposite of Starbucks in that it is only a franchise — at the start of 2018, there were no company-owned Dunkin’ Donuts in the world. It’s ranked No. 2 on the Franchise 500 this year, and there are more than 9,000 locations in the U.S. alone. It’s been franchising since 1955, but it still manages to grow in units year after year.

That may seem expensive, but you do get to own the restaurant — plus, Dunkin’ Donuts offers a map of available locations, so you can see whether the company is looking to expand in your area.
You might turn up your nose at the idea of the convenience store as a legitimate coffee shop, but 7-Eleven offers coffee and is serious business, finishing as the No. 2 business on the Entrepreneur Franchise 500 list in 2018 and No. 1 in 2017. Like Dunkin’ Donuts or Starbucks, 7-Eleven combines longevity with current success and expansion — as of the start of 2017, there were more than 62,000 7-Elevens across the globe. That’s far more than the number of Dunkin’ Donuts and Starbucks combined.

7-Eleven is sort of the opposite of Starbucks in that, where Starbucks is looking for business owners who can offer them new locations, 7-Eleven wants to offer potential business owners new locations. So if you go to the 7-Eleven website, you can see a map, similar to the one for Dunkin’ Donuts. Except, instead of showing places where you might build a franchise, 7-Eleven highlights pre-existing locations you can buy, skipping over much of the labor of construction and startup.

This business model might also be why there is such a disparity between the possible investment costs in a 7-Eleven franchise: A 7-Eleven can cost anywhere between $37,550 and $1,149,900. Of course, if you’re buying New York City real estate, you’re probably going to end up paying more than you would for a corner store in my home state of Missouri.

So, if you have some money in your pocket and want to open a coffee franchise in Midwest America, but you can’t license a Starbucks or afford a Dunkin’ Donuts, you might at least consider doing research for 7-Eleven.

From The Desk of BizON

Remember, if you are interested in receiving the latest business news, insights and opportunities from BizON, you can subscribe to our newsletter here or join our text messaging list here. Also, if you are not a BizON user yet, what are you waiting for? Click here!

Opinions expressed here by Contributors are their own.